USA Hockey’s director of membership development, Kevin Erlenbach, has a goal for the organization’s annual Try Hockey For Free Day, one of the most successful initiatives in USA Hockey’s 80-year history.

“We have about one-third of all USA Hockey associations participating,” Erlenbach said. “We’d like one half of all associations to participate. We’re getting to the point where we’ve identified strong programs and slowly but surely adding on more sites. The focus is starting to shift in terms of how we identify good rinks and associations. The next step is to provide them with tools and resources.”

As it is, Erlenbach will have to “settle” for 350-plus associations participating in Try Hockey For Free Day on February 25.

But the number of associations is impressive considering the initial number when he and Pat Kelleher, USA Hockey’s assistant executive director of development.

“We started with just one rink in Denver and then it spread to a hockey day in Connecticut with 12 rinks,” Erlenbach said. “It just ballooned over the years into what it is now with two national days per year.”

Try Hockey For Free Day is exactly what it sounds like and more. Youngsters who have never had a chance to try hockey are offered the opportunity to do so at no cost. 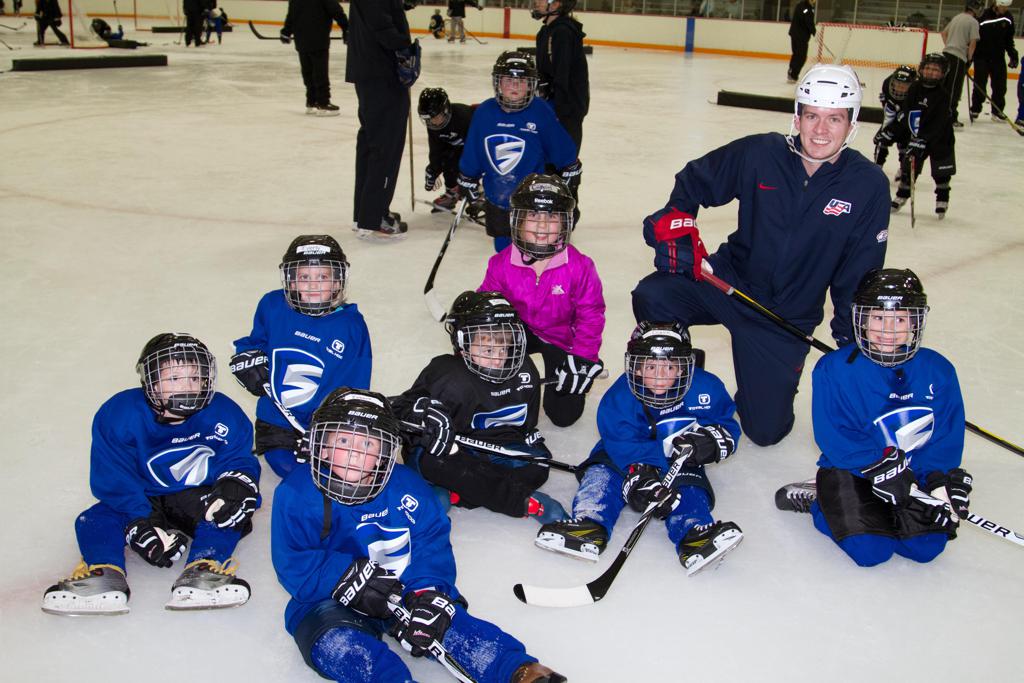 Try Hockey Day will have over 350 participating local rinks

“The reason we do it that way is we study our numbers to find out where we can make the biggest impact,” he said. “When small kids get into the sport all of our new players come in at eight and under because. In reality, this is because there is limited ice for rinks that have programs for a 12-year-old that’s never played hockey.

“It’s hard to find programs for kids when they get older. But every rink has a program for kids eight and under so there’s always a next step at every rink for kids to try hockey.”As a result, associations are provided the opportunity to attract new players as well as piquing the interest of their respective families. 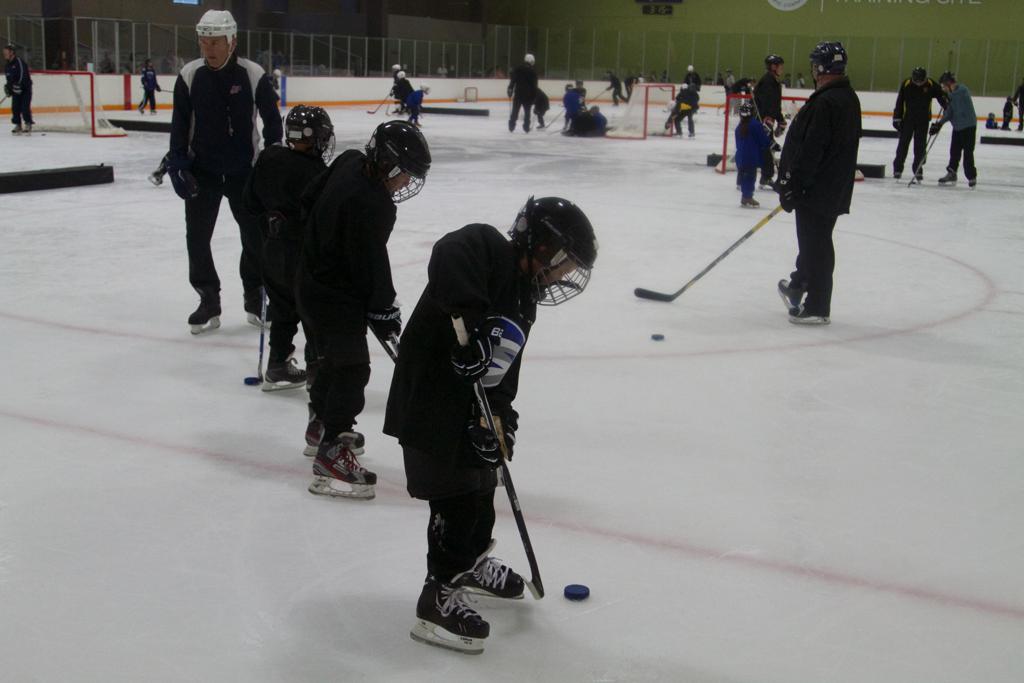 On average, one in four kids at THFF days come back to play

“We pretty much know we’re going to get 30 kids per site going into November with pretty close to 500 sites,” Erlenbach said. “[On February 25] we’ll have 380 locations with about 30 kids per site because we have families that have never considered youth hockey before and, since it’s the middle of winter, they think about giving hockey a try.”

On average between the two dates, one in four kids sign up to play hockey.

“We’re satisfied with it now but we’re working to get better,” Erlenbach said. “Some [associations] do a great job and get 60 percent of their kids to become youth hockey players. We’re doing research projects now to identify those clubs so we can get more kids to try youth hockey.”

As part of Try Hockey For Free Day, a training session is held during which kids are split up by age group.

“A lot of 7- and 9-year-olds can hold themselves pretty well on the ice,” Erlenbach said. “We’ll give them practice plans that give them the chance to do all the basics like skating, shooting the puck and passing. Then, we finish it with a cross-ice game.”

Try Hockey for Free Day is the penultimate day of Hockey Weekend Across America, which is capped off with “Celebrate Local Heroes Day” on February 26. Associations are encouraged to develop ways to honor their local hockey heroes, some of whom are out on the ice on Saturday introducing new players to the sport.

“It’s up to the local USA Hockey associations to identify who fits this description,” Erlenbach said. “It could be somebody who’s volunteered for 40 years or somebody who played for the national team or in the NHL. It could be a former NHL player that volunteered to work in the concessions stand.

“It’s been done for several years through social media where a local association posts something on Facebook or Twitter. It’s the essence of what makes amateur hockey so cool.”

Be part of the social conversation regarding USA Hockey's Hockey Week Across America initiative. Here's how you can participate in HWAA's 'Salute to Local Rinks' and 'Try Hockey Day' themes:

Please note, #HWAA is the main hashtag throughout the week. 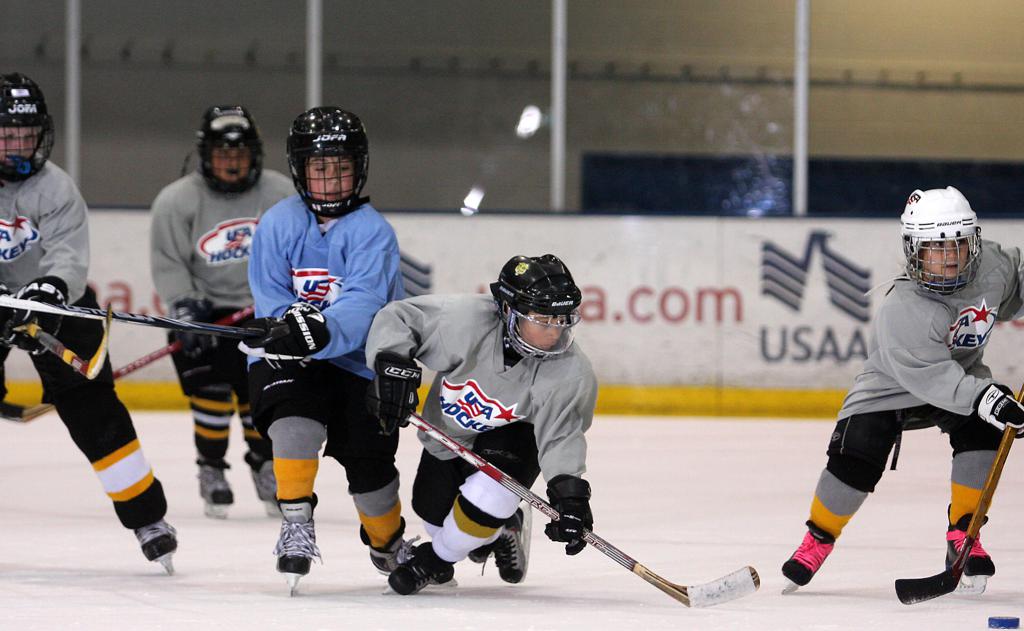 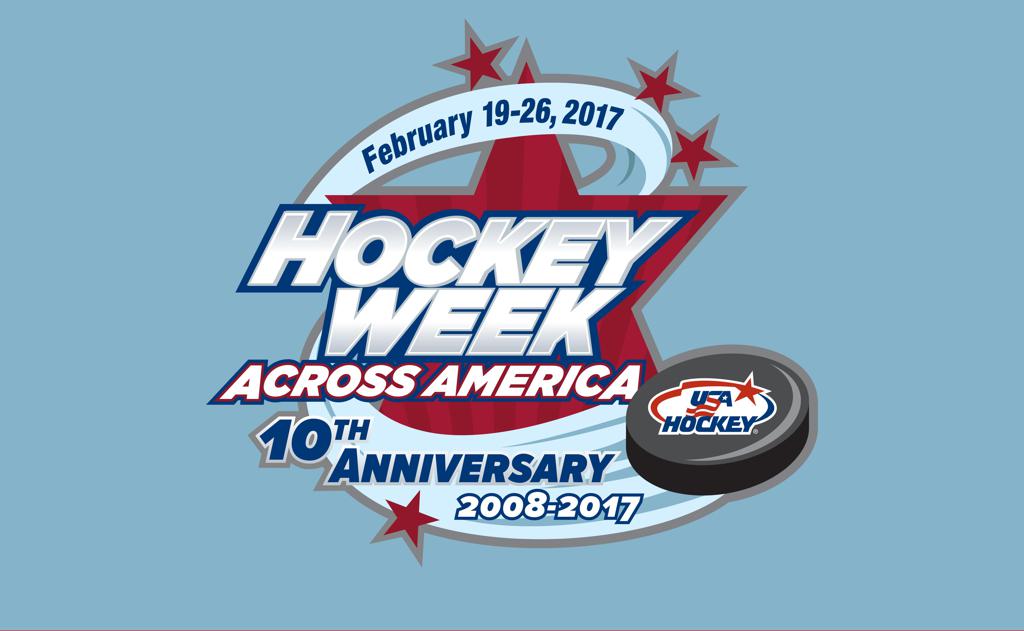 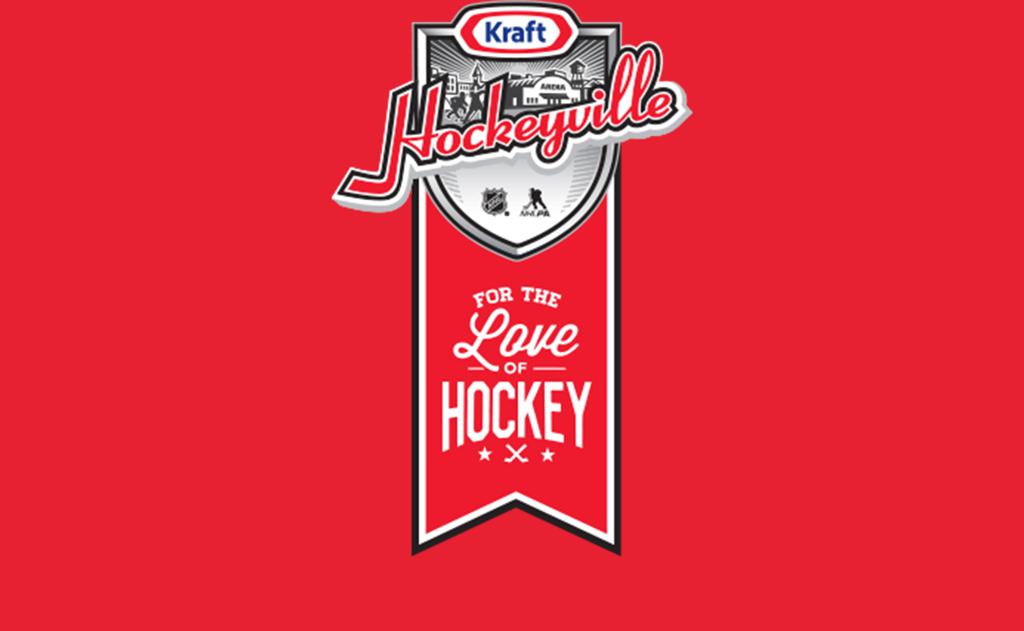